Neurofeedback Training Co. is a company with locations in New York, Denver, and LA that specializes in EEG Biofeedback brain training.

Their main obstacle prior to beginning work with us was the lack of quality leads coming in from paid advertising. Neurofeedback Training was running Google Adwords and Facebook ad campaigns but were getting a large volume of bad leads. It was both costly and time wasting.

The first thing Boxwood Digital Marketing did when we began work with Neurofeedback Training Co. was to re-build their Google Adwords and Facebook campaigns. The way they were set up was just not effective and was casting far too wide a net for such a specific service, (EEG Biofeedback brain training).

Within a month, Neurofeedback Trianing Co. reported that they had had more leads convert in the past month than they had in the previous 6 months! They were also getting a lower number of leads, but a much higher percent was converting, cutting out all of the wasted time staff had been spending on bad leads. After the success of Adwords we are now working with Neurofeedback Training Co. to improve their organic standings and fix technical SEO issues on their website. The great traffic we are getting from Adwords is allowing us to re-focus our time on building sustainable organic traffic. 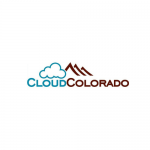